We looked at the AWS Enhanced Networking performance in the previous blog entry, and this week we just finished benchmarking the remaining instance types in the C3 family. C3 instances are extremely popular as they offer the best price-performance for many big data and HPC workloads.

Placement Groups
An additional detail we didn't mention before: we booted all SUT (System Under Test) pairs in their own AWS Placement Groups. By using Placement Groups, instances get higher full-bisection bandwidth, lower and predictable network latency for node-to-node communications. 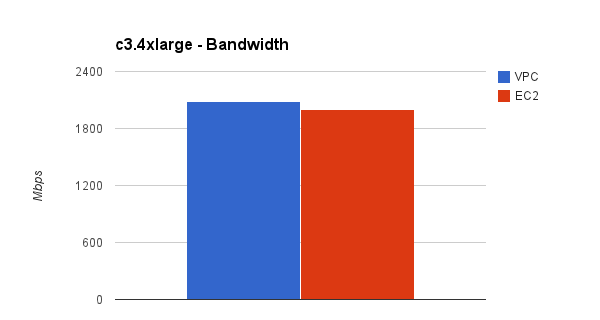 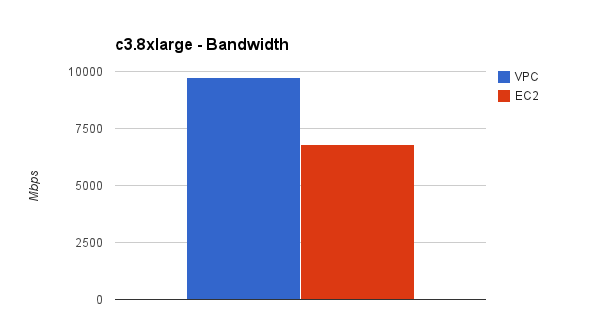 Round-trip Latency
The c3.4xlarge and c3.8xlarge have similar network latency as the c3.2xlarge. The network latency for those larger instance types are between 92 and 100 microseconds. 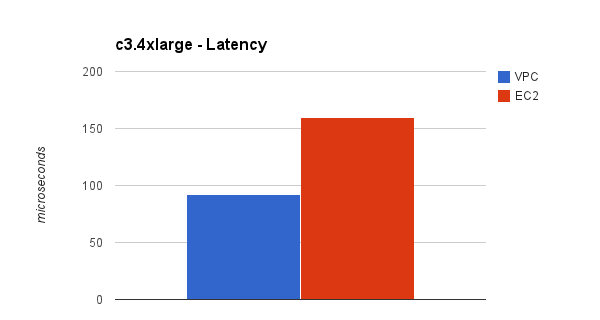 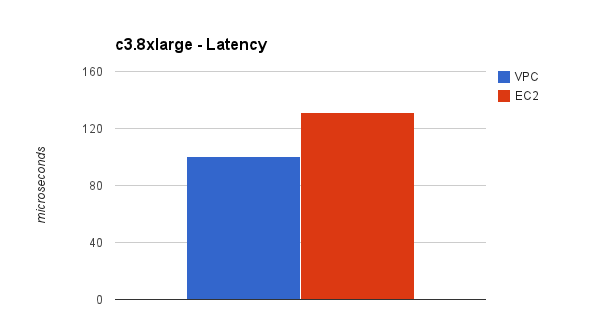 Conclusion
All C3 instance types with Enhanced Networking enabled offer half the latency in many cases for no additional cost.

On the other hand, without Enhanced Networking, bandwidth sensitive applications running on c3.8xlarge instances won't be able to fully take advantage of the 10Gbit Ethernet when there is 1 thread handling network traffic -- which is a common problem decomposition method we have seen in our users' code: MPI for inter-node communication, and OpenMP or even Pthreads for intra-node communication. For those types of hybrid HPC code, there is only 1 MPI task handling network communication. Enhanced Networking offers over 95% of the 10Gbit Ethernet bandwidth for those hybrid code, but when Enhanced Networking is not enabled, the MPI task would only get 68% of the available network bandwidth.