Enhanced Networking in the AWS Cloud

At re:Invent 2013, Amazon announced the C3 and I2 instance families that have the higher-performance Xeon Ivy Bridge processors and SSD ephemeral drives, together with support of the new Enhanced Networking feature.

Enhanced Networking - SR-IOV in EC2
Traditionally, EC2 instances send network traffic through the Xen hypervisor. With SR-IOV (Single Root I/O Virtualization) support in the C3 and I2 families, each physical ethernet NIC virtualizes itself as multiple independent PCIe Ethernet NICs, each of which can be assigned to a Xen guest.

Thus, an EC2 instance running on hardware that supports Enhanced Networking can  "own" one of the virtualized network interfaces, which means it can send and receive network traffic without invoking the Xen hypervisor.

Enabling Enhanced Networking is as simple as:


Bandwidth
Enhanced Networking offers up to 7.3% gain in throughput. Note that with or without enhanced networking, both c3.xlarge and x3.2xlarge almost reach 1 Gbps (which we believe is the hard limit set by Amazon for those instance types). 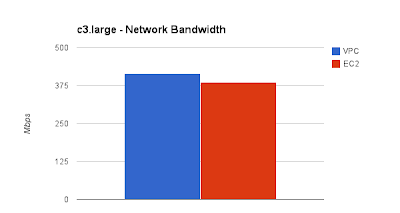 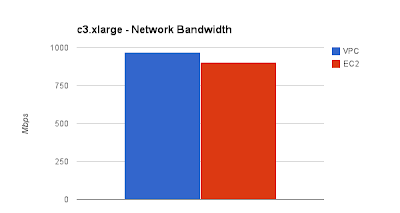 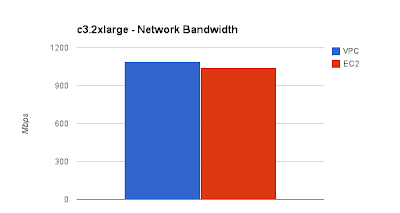 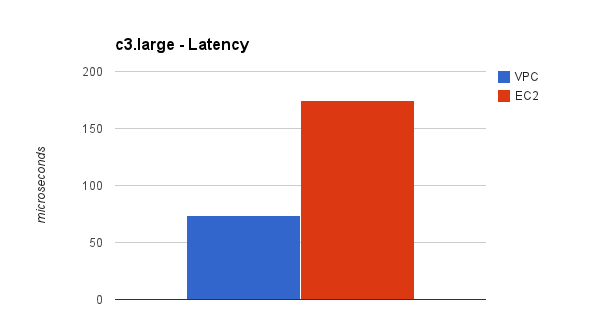 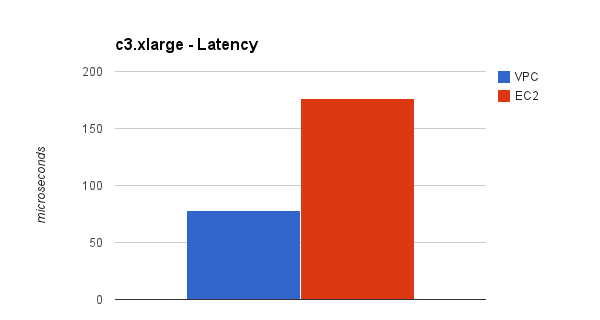 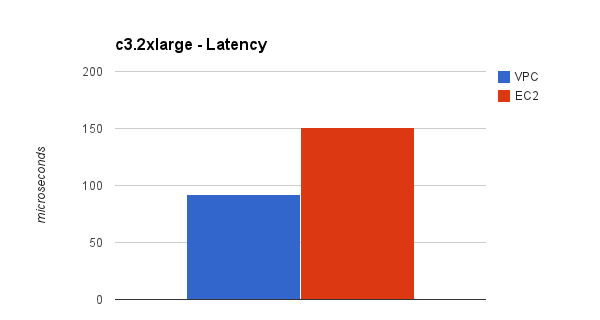 Conclusion 1
Amazon says that both the c3.large and c3.xlarge instances have "Moderate" network performance, but we found that c3.large peaks at around 415 Mbps, while c3.xlarge almost reaches 1Gbps. We believe the extra bandwidth headroom is for EBS traffic, as c3.xlarge can be configured as "EBS-optimized" while c3.large cannot.

Conclusion 2
Notice that c3.2xlarge with enhanced networking enabled has a around-trip latency of 92 millisecond, which is much higher that of the smaller instance types in the C3 family. We repeated the test in both the us-east-1 and us-west-2 regions and got idential results.

Updated Jan 8, 2014: We have published Enhanced Networking in the AWS Cloud (Part 2) that includes the benchmark results for the remaining C3 types.